Last month I competed in the USAPL Nationals in Orlando, FL. It was my third powerlifting meet.
The week before the meet, my coach asked me: “So what are your plans after the meet?”
I wasn’t sure. For June and most of July leading up to the meet, I ONLY trained at powerlifting. I missed CrossFit. I told him I wanted to get through the meet, see how I do and decide after that. He recommended I consider training for the state meet in November. I promised to think about it.
I had so much fun at the meet. I felt more mentally & physically prepared than I had for the other two meets I’d done. In past meets, I let nerves get the best of me. This time I looked at it differently: it’s okay to be nervous. Use the adrenaline to your advantage. Let the butterflies help you lift the bar. Yes, I realize that’s a super silly visual, but it worked.
In powerlifting, you get three attempts at each lift… first is back squat, then bench press, then deadlift.
I trusted my coach to choose the weights I would attempt to lift. Each of my opening attempts were at easy weights I was very confident I could lift. After that, Coach Josh would decide my second and third attempts. Since I’m terrible at doing kilogram to pounds conversions in my head, I didn’t bother trying. I just trusted that Josh knew what I could do, so I just went out there and lifted.
I made all three of my back squat attempts. Before my last lift, he told me “you’re gonna have to stay tight and just keep pushing.” Got it, coach. I knew I’d probably be attempting a PR. I made the lift, and set a new personal best of 292#. This was the 4th best squat in my division.
On bench press, I made my first attempt easily. My second attempt at 143# was my old PR. I made that attempt so easily that Josh decided to take a big jump for my 3rd attempt (to 159#). I got caught off guard for the lift when my turn came up sooner than I was expecting, so I was a little flustered going into it. I failed the attempted, stalling out after pressing the bar about two inches off my chest. That stupid lift haunts me. If I’d made that attempt, I would have placed 5th in the meet. Oh well, time to deadlift.
I pulled the first attempt with no problem. I took a little longer to set up on lift #2, but made that one as well. Josh’s friend Jeremy was helping him coach since Josh had so many lifters in the meet. Jeremy helped me warm up and tried to keep me calm between attempts. He hyped me up for the last attempt… even gave me a little head butt. Powerlifting is weird.
When I walked out to attempt my third deadlift, and final lift of the meet, I had no idea I was attemping a 10# PR. As I approached the bar, Coach Josh yelled: “OPPORTUNITY!”
I fought like hell to make the lift. I still haven’t seen the replay, but it felt like it took ten seconds from start to finish. I DID IT! *FIST PUMP* I ran off the platform to a big bear hug from Josh and Jeremy.
They told me then that the “opportunity” Josh screamed about was the Arnold. With my final deadlift, I achieved a qualifying total to be invited to lift at the Arnold in early March. The Arnold Sports Festival is the largest multi-sport event in the nation. And the Arnold USA Powerlifting Championships features the best male and female powerlifters in the United States. No. Big. Deal.
I set new PRs in squat (292#), deadlift (352#) and total (787#). I have a TON of room for improvement on bench press. I came in 8th of 35, and set a new Georgia state record in the back squat (for those keeping score at home, I now hold four state records :)).
Two days later, I sent Coach Josh a text message: Okay, I’m in. Let’s train for the state meet and the Arnold. Game on.
The state meet will be held up the road in Norcross on Saturday, November 9th. I hope you’ll come cheer me on. 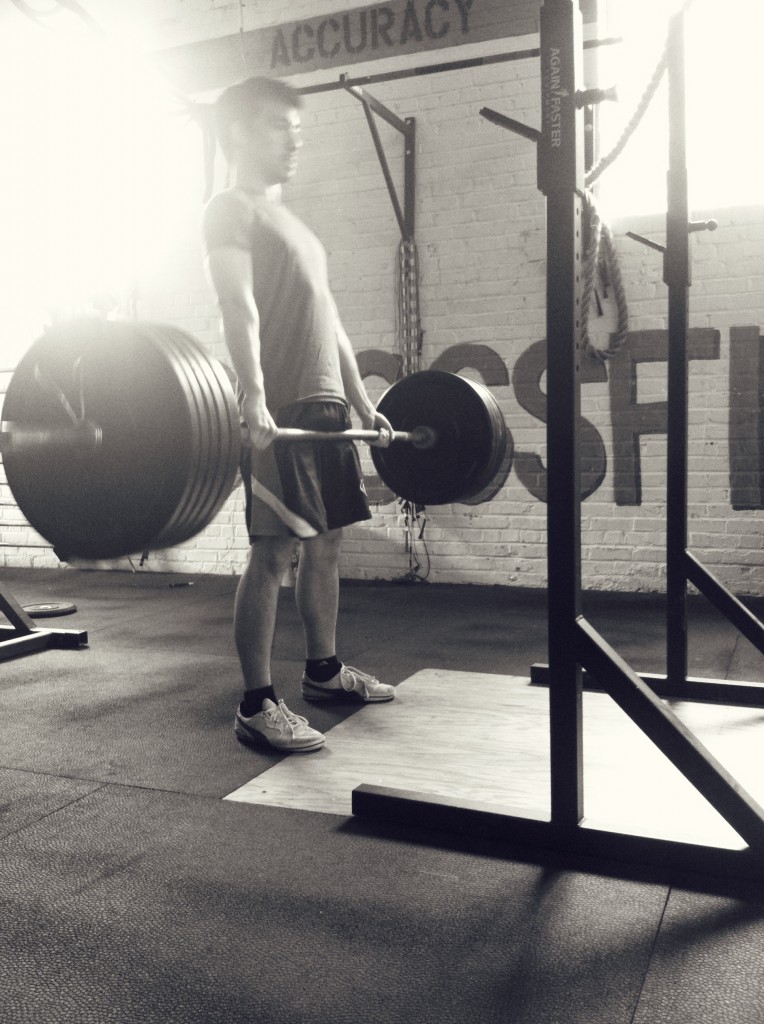